The village of Mirleft has acquired a serious reputation in Morocco and abroad because of the quality of its beaches: small, secluded, often almost inaccessible coves with vertical cliffs reached only by unmade roads, or surrounded by sand dunes sculpted by the desert winds.

Dar Najmat sits just above the Marabout (Saint’s) Beach, so named for the ancient tomb on the beach.

Dramatic rock formations and swell that’s large enough to surf, coupled with less than 30 days annual rainfall make this beach a great place to pass the time, whatever the season. Kids especially will love to spend time exploring the rocky outcrop, complete with sea-sculpted arch, that divides the beach. 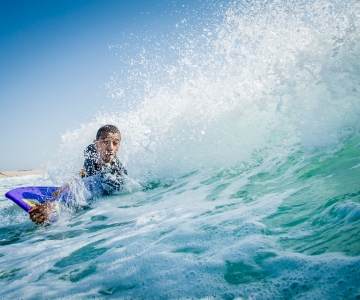 BEACH, THINGS TO DO 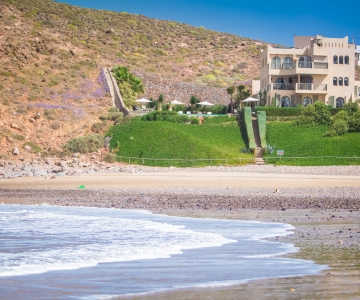 Stunning Views Of The Beach 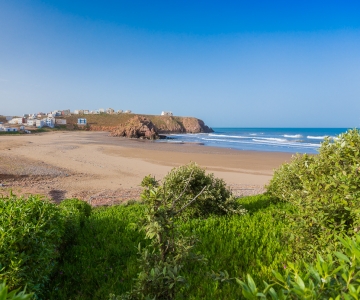